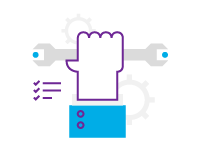 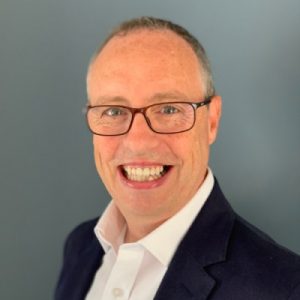 The ideal AWS cost optimization strategy is never set in stone, because new tools and opportunities for savings are always being added to the AWS ecosystem. Indeed, the December 2020 AWS re:Invent keynote featured several announcements with potentially major implications for optimising AWS costs. Let’s take a look at three of them in greater detail.

The cost and complexity of managing software licenses, especially for SQL Server, have long been big burdens on companies seeking to migrate their databases to the cloud. IDC once estimated that complexity alone cost organizations 25% of their entire software license budgets.

At re:Invent 2020, AWS CEO Andy Jassy highlighted this ongoing issue in his presentation, which included the tagline “Stop paying for SQL Server licenses you don’t need.” So how does Babelfish for Aurora PostgreSQL help you do this?

Basically, it is a fresh translation layer within Amazon Aurora, enabling Aurora to:

With Babelfish, it’s easier and more cost-effective than ever to migrate to PostgreSQL relational databases in Aurora, since SQL Server apps don’t have to be rebuilt. Babelfish for Aurora PostgreSQL is available now in preview and will be fully released for PostgreSQL Open Source Project in 2021 under the Apache 2.0 license.

In our experience, Aurora running costs are at least 70% less than those of SQL Server. Direct comparisons are difficult to make, however, as performance is dependent on the application. So, if you’re running SQL Server in AWS, then this is well worth taking a look at.

Speaking of Aurora, a preview of the second version of its serverless variant was unveiled at re:Invent.

As a “serverless” product, there’s nothing for you to manage: It starts, scales and shuts down automatically depending on the application in question, saving time and money compared to doing so yourself. AWS itself estimates up to 90% savings on database costs compared to manual provisioning.

Aurora Serverless v2 adds some improvements over v1, for even greater cost optimization and better performance:

Aurora Serverless v2 is available in preview for the MySQL-compatible edition of Aurora.

The next generation of Elastic Block Storage (EBS) SSDs is now available. According to AWS, gp3 storage costs 20% less per GB than its predecessor, gp2. Transitioning from gp2 to gp3 in EBS is also straightforward, thanks to Elastic Volumes.

Beyond the lower price point, gp3 separates itself from gp2 in another key way – by letting users provision performance independently of storage capacity. With gp2, you can end up paying for more storage than you need, just to get higher throughput and IOPS.

Gp3 solves this problem through separate provisioning of performance and capacity, so you pay only for the storage you really need. All gp3 volumes come with baseline performance of 3,000 IOPS and 125 MB/s.  So, by shifting to gp3, you should make more than the basic 20% cost saving by reducing volume sizes and increasing IOPS only where needed.

As you consider your AWS cost optimization strategy for 2021 and beyond, these new technologies could play a central role, alongside existing options such as Savings Plans and Convertible Reserved Instances.

With so many different AWS services and ways to optimize your spend, you may be wondering where to start your cloud cost management journey. If so, check out our 80/20 Video Series which will show you the quick wins you can achieve by taking a few simple steps to massively grow your savings.

Find out more about the Video Series here.